"Please accept my deepest sympathy for George's family. He was a wonderful man and great human being. He loved spending time talking with his customers. He always had a smile on his face and a positive attitude about life. He will be missed by all who knew him. God bless you George."

"George, You are one of most wonderful people I have ever work for. You became part of my family, I enjoy all the moments we spend together. The good and the bad. I will miss you more than you'll ever know. I love you! May you rest in piece. Holly"

"My deepest condolences go out to George's family. He was a gentleman among gentlemen. Like many, I was a customer and, as such, was always treated like royalty. I also had the pleasure to play bridge with George, and he attended a few of my beginner classes. He became a member of the American Contract Bridge League in recent years, and played when he could get away from his official duties. At this year's annual meeting of the NH Bridge Association, on July 15th, we will read his name from among a list of other members we lost this year. May he rest in peace." 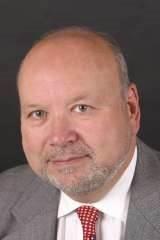 "I worked for George in the 1960s, It was a great experience for me. I have had the chance to buy suits for my sons at Georges as well as myself many times over the years. George did it right, he will be missed."

"My Great Uncle George was one of a kind! From his enduring smile and unwavering Tan. A man of class and style. Thanks for all the good memories.
Love,
Daniel Kardulas"

"To the man who was like a father to me. I will never forget what you did for my family and me over the twenty plus years I worked for you. Your kindness and heart will never be forgotten by my whole family. Rest In Peace George. As you and I always said to each other Your The Best I will never forget you. Fondly Gary/Dale and Family."